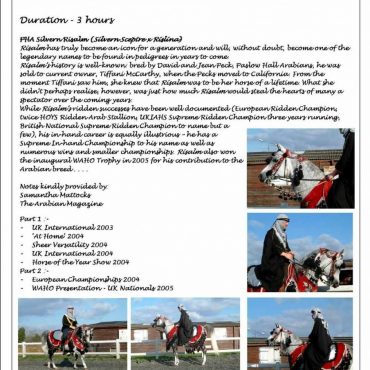 PHA Silvern Risalm (Silvern Sceptre x Rislina) has truly become an icon for a generation, and will, without doubt, become one of the legendary names to be found in pedigrees in years to come.  Bred by David and Jean Peck of Paslow Hall Arabians, he was sold to current owner, Tiffani McCarthy, when the Pecks moved to California. From the moment Tiffani saw him she knew that Risalm would be her horse of a lifetime.  What she didn’t perhaps realise however was just how much Risalm would steal the hearts of many a spectator over the coming years.

While Risalm’s ridden successes have been well documented (European Ridden Champion, twice HOYS Ridden Arab Stallion, UKIAHS Supreme Ridden Champion three years running, British National Supreme Ridden Champion, to name but a few), his in-hand career is equally illustrious – he has a Supreme In-hand to his name as well as numerous wins and smaller championships. Risalm also won the inaugural WAHO 2005 trophy for his contribution to the Arabian breed… 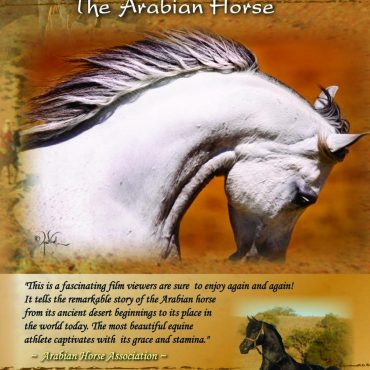 A Gift from The Desert: The Arabian Horse 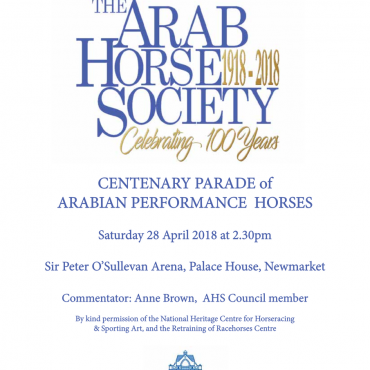 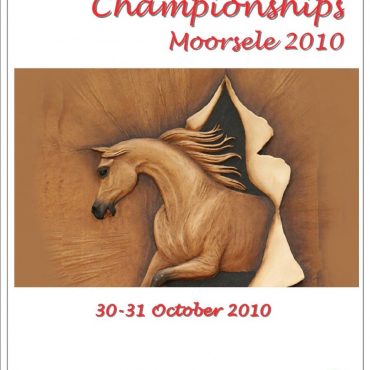