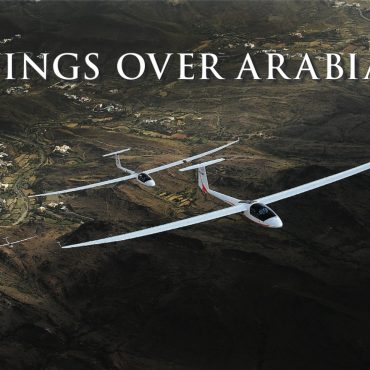 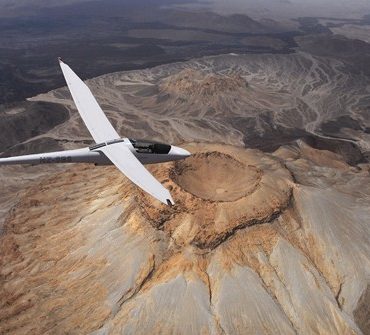 Wings Over Arabia – Written and photographed by Roger Harrison

Written and photographed by Roger Harrison, published by Medina Publishing

This recently published book is a must-have for coffee tables the world over. Wings over Arabia is beautiful edition that chronicles a long and dangerous flight over Saudi Arabia, and thus includes a rare birds-eye look at the stunning scenery that makes up this beautiful landscape. The journey took them over places not normally accessible, through flight paths or otherwise, and this makes the book unique.

On 2 June 2006, pilots HRH Prince Sultan bin Salman and HRH Prince Bandar bin Khaled, along with John Bally, took three gliders, a chase plane, support crew and all-terrain vehicles, and departed from an airfield 50km outside of the country’s capital, Riyadh. From there, they would take a circular route around the western half of Saudi Arabia, an area that included the wild and desolate deserts, the coastline of the Red Sea and the mountainous south-western region.

Along with descriptive text that reads like a detailed diary entry, each chapter is divided into the individual days of the six-day journey. However, it is the stunning photography that makes this book a remarkable; Saudi Arabia is the cradle of the Arabian horse and to see the landscape where our beloved breed came from is both fascinating and impressive.

In addition, Wings over Arabia includes information on issues affecting Saudi Arabia, such as algae off the Red Sea. There are even a couple of pages focusing on the gliders themselves, the Stemme S 10-VT.

This book contains some truly arresting images, as well as offering a rare insight into Saudi Arabia from a different perspective – that of the skies above, and the brilliance seen below.

After ten years in Saudi Arabia, first as a teacher then as Senior Reporter for the Arab News, Roger Harrison was invited to join this historic expedition to prove the possibility of introducing gliding as a sport in the Kingdom.

Writer, photographer and enthusiast of adventure sports, Roger’s motto is “everybody dies, but some never live”. He enthusiastically grabbed the chance to join two Saudi Princes in this expedition. The unique opportunity to fly over restrictedparts of Saudi Arabia led to the coalescence of three of his great loves – flying, photography and the written word – into Wings Over Arabia. He is currently building a library of photographs as a record of the Kingdom for future archiving.

“Lawrence of Arabia captured it from a camel. Roger Harrison captures it from the air. Both convey the magic of Arabia with breathtaking power.”
Robert Lacey, author of The Kingdom

“What an absolutely fantastic book.  Amazing photographs and other illustrations, and clean crisp text.”