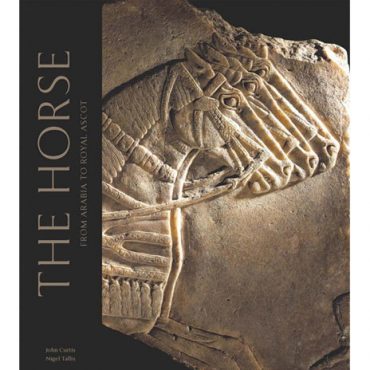 The Horse: From Arabia to Royal Ascot by John Curtis & Nigel Tallis (Hardback) (2 in Stock)

The Horse: From Arabia to Royal Ascot by John Curtis & Nigel Tallis

The invention of the wheeled vehicle in the Ancient Near East was one of the single most important discoveries for early human societies. In the Ancient Near East, and in Egypt and the Mediterranean world, horses were used to pull wheeled vehicles, chariots, carts and wagons from at least the third millennium BC. As travel is one of the defining features of human development, so the history of the horse is the history of civilisation itself.

A beautifully illustrated celebration of the relationship between horses and humans through the ages, revealing the immense influence of horses on human history from the domestication of the Arabian horse in c.3500 BC to the present day. This book explores the central roles that horses have played in the history of civilisation, in travel, agriculture, sport and war, and examines their representation in art, mythology and literature.

Published to accompany a major exhibition at the British Museum from 24 May – 30 September 2012.