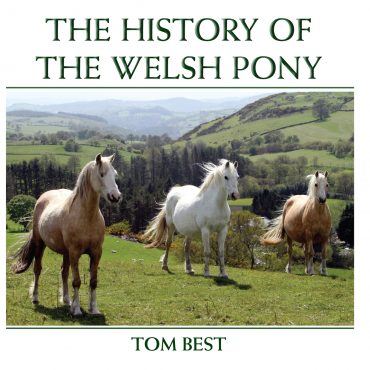 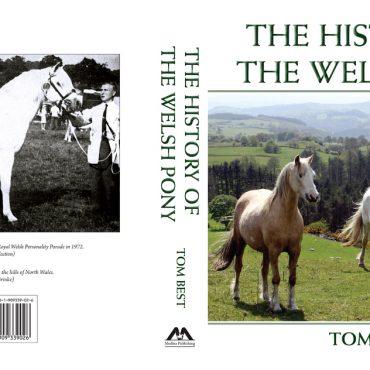 The History of the Welsh Pony

The Welsh pony is well known for its close ties to the Arabian breed and in this book, Tom Best leads the reader through the history of the Welsh pony to the modern day. This really is a must-have book for anyone who has ever been enchanted by Welsh ponies, particularly the Welsh Section B.

This book looks at the origins of the Welsh pony and the development of the Welsh Section B by a dedicated group of breeders. The idea is to give a true insight into the personalities behind the breed, as well as acknowledging the work that was done to make the Welsh pony the force that it is today.

The book begins with the Welsh Stud Book, printed in 1902, and follows the development of the breed from there. Tribute is paid to the Arabian influence in the modern-day pony, through the chapter Skowronek, King Cyrus, Grove, Craven Cyrus, Incoronax and includes the following statement:

Looking at the Welsh pony today, the close resemblance between it and the Arab breed is obvious – the beautifully chiselled head, the high tail set carried well and the free movement with floating action are all distinguishing features. These traits belonged to no other recognisable breed at the time, so it was no wonder that mares like Moonlight were described as ‘miniature Arabs’.

Indeed, Beatrice Paine, who will forever be remembered for bringing the blood of Ben Rabba to the UK, is included through her champion Welsh ponies, in particular Bowdell Quiver.

From the early beginnings of the breed, the author weaves through the various key horses and breeders that have been so instrumental in the formulation of these lines. From the focus on developing a pony suitable to ride to repeated success at the Horse of the Year Show, this book covers as much of the history between 1902 and the present day as possible. It concludes with an interesting look at the development of the Welsh Stud Book from 1894 to 1997, the first year when changes were not made.

The History of The Welsh Pony is certainly an interesting volume to add to any library, and it is good to see the relatives of the pure-bred Arabians being celebrated with a fair acknowledgement of the breed rather than being derided. Quite simply, if you are a fan of Welshies, then this is the book for you.

ABOUT US
Discovering the true heart and soul of the Arabian horse.
FOLLOW US
© Newspaper WordPress Theme by TagDiv
error: Content is protected !!