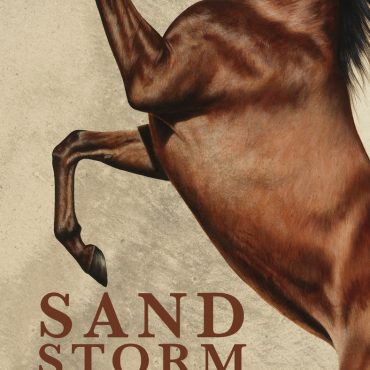 The book you have all been waiting for – Sandstorm by Samantha Mattocks!

The debut novel by The Arabian Magazine founder Samantha Mattocks, Sandstorm is a racy read that journeys through Europe and the Middle East, bringing together all your favourite horse shows with brilliant characters and Arabian horses.

“I just finished reading Sandstorm and I couldn’t put it down once I had started. Although I have never been to the Middle East or seen an Arabian horse show in either Europe or the Middle East, you made both places come alive for me.”

“What’s not to like? It’s well written, a gripping story with lots of twist & turns and it has horses in it. It’s reminiscent of Jilly Cooper. A great insight into the world of Arabian showing. You don’t need to be horsey to enjoy this read. The characters have more than enough going on outside of the ring to keep you turning the page. Cant wait for the next one!”

Against the mystical backdrop of the Middle East and the show-rings of Europe, Sandstorm is set in the exciting and mysterious world of the Arabian horse. It follows the Arabian showing circuit, with trainers cavorting at each show – with their own wives and girlfriends often taking a back seat in place of a younger model for one night only.

Sandstorm focuses on the relationship of a group of central characters – our heroine, Sienna Stevens; the two rivals for her affection, Arjan Vermeulen and Alejandro Orlando Suarez; Rin Risley, whose fall from grace is dramatic and heartbreaking in equal measures; and Guy Tindall, an Essex boy with an eye out to make a fast buck.

Who will end up winning Sienna’s heart – and her hand? Will Rin rise from the ashes and recover? And will Guy finally get his comeuppance?

With a thrilling climax set in Russia, Sandstorm is to captivate and entrance the reader. If you are a fan of Jilly Cooper and Jackie Collins, then you are sure to love Sandstorm.

“The reader is soon taken to the world of the immensely rich and powerful of the Arabian horse show scene and the people who move in it. Samantha takes us to exotic places and fabulous lifestyles where the buyers and sellers get to meet and do deals worth hundreds of thousands of Euros and Dollars etc. for this beautiful breed of horse. Central to the story are the tangled webs of the breeders, grooms and hangers on in this high octane way of life, with very colourful details of their torrid affairs and loves lost and gained. Fast paced throughout and brilliantly written. Perfect for lovers of anything Equine. I wouldn’t buy it for your granny for Christmas though!”